We’re delighted to be taking over the schedule (well, briefly) on RTE One with two smashing new documentaries on 22nd and 23rd May from our immensely talented producers Jennifer Healy and Anne Heffernan.

Division: The Irish Soccer Split (Wednesday 22nd May, 9:35PM, RTE One) explores how the island of Ireland came to have two football teams, in a riveting story as fractious as the country’s own past. Our once-united, all-island team split during the War of Independence and since then rivalry between the teams has reflected the political and social turmoil on the island.  Featuring insightful interviews with players from North and South: Niall Quinn, Gerry Taggart, Alan McLoughlin, Bryan Hamilton, Don Givens, Allan Hunter, Mick Lawlor and Brian Kerr, together with expert historical commentary and a wealth of video and photographic archive this fascinating film asks what the future holds for the beautiful game on this island. 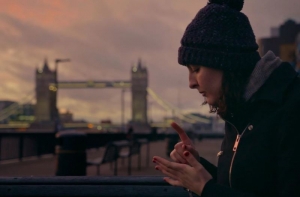 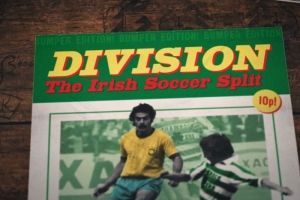 London Calling (Thursday 23rd May, 10:15PM, RTE One) is the story of 5 Irish Deaf people who are unemployable in Ireland and have moved to the UK, where their deafness is not an issue for employers. While some have settled there, others long to return home to their families. Their choice is between a successful career in London or a disability payment or dole queue in Ireland. Sharon Osborne, Thomas Mulloy, Eoin Burns, Emma Nolan and Joanne Chester share their experiences in this powerful film.

We’ve got your Christmas Eve telly sorted!
Scroll to top