Bill Hughes and Bernadine Carraher set up Mind the Gap Films in 2001. The company specialises in television entertainment, music, documentaries and other factual programming. We regularly work on large-scale productions with budgets over €1 million, bringing them in on time and on budget.

We have vast experience of live and pre-recorded Outside Broadcast both on location and in studio. Our track record is strong in acquiring funding through the BAI’s Sound & Vision Fund and the Government’s Section 481 Tax Incentive Scheme. 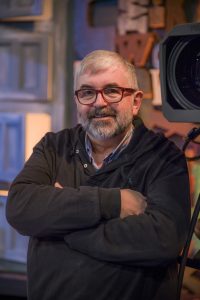 Bill Hughes has been an independent producer since June 1985. In that time he has produced or directed over 1000 hours of television for the domestic market and for international cable, satellite, and terrestrial broadcasters. He wrote and produced “Hallelujah Broadway” and all three of the Irish Tenors TV specials, LIVE in Dublin, Belfast, and Ellis Island, for RTE, PBS, CBC Canada, ABC Australia, TV2 NZ, and SABC3 South Africa. 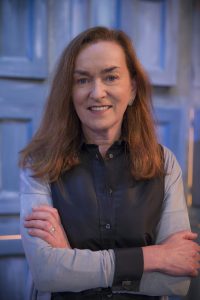 Bernadine Carraher has been an independent producer since 1990 and she has produced and directed award-winning television for Europe and the US. Since setting up Mind the Gap she has executive produced or produced all the company’s major productions. Most recently three series of the Mind the Gap Films original formats Lords & Ladles and Brendan O’Connor’s Cutting Edge.

Anne Heffernan joined Mind the Gap Films in 2005. She has produced programmes across several genres, including our prime time live entertainment series Brendan O’Connor’s Cutting Edge and our exciting new lifestyle format Healthy Appetite. Recently she produced a number of landmark documentaries that explore aspects of life for Ireland’s Deaf community including Mother Father Deaf that examined the lives of CODAs (Children of Deaf Adults), the landmark documentary Deafening that revealed the world through the eyes of four Deaf people with very different lives and These Walls Can Talk (Highly Commended Radharc Award, 2016; IFTA Director of Photography, 2016) a documentary about the history of St Joseph’s School for Deaf Boys in Cabra. She has produced multiple popular series with comedian Neil Delamere including 10-part comedy/science panel quiz Eureka! The Big Bang Query, which was supported by Science Foundation Ireland and the history/comedy series Holding Out for a Hero, There’s Something about Patrick (Celtic Media Award 2014) and The Only Viking in the Village (IFTA, Best Factual Entertainment, 2012). She is heavily involved in on-going development of new formats and series ideas. 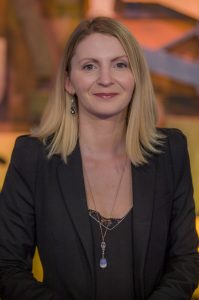 Jennifer Healy has been working with Mind the Gap Films since 2008 and in that time has been closely involved in all productions. Jennifer recently produced the acclaimed four-part bi-lingual series My Tribe – MO THREIBH that revealed the underground worlds of some of music’s most defining youth culture movements – the Rockabillies, the Mods, the Skinheads and the Punks. She also produced “Ireland’s Spelling Bee” and “FAB! The Night The Beatles Came To Dublin” – a nostalgic look at the night the most famous band in the world played in the capital. Jennifer was Assistant Producer on RTÉ Young People’s series “Pump Up My Dance”, TG4 music series “Glaoch an Cheoil” and RTÉ Lifestyle series “Domestic Divas. She also researched and assistant produced TG4 historical documentary “Glaoch ón Tríú Reich”.

Who we work with